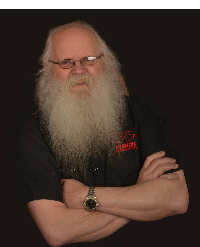 This one of a kind finish was made in 2006 and the kit features everything it takes to get a great sound in larger venues. All drums have internal May microphones installed. This kit also features a rail consolette Tom Tom Mount and Bass Drum mounted Ride and Splash cymbal holders.

A long time veteran of the Rochester NY and San Francisco music scene, Mike has taken the stage with a diverse range of musical ensembles ranging from Celtic Rock to Post Apocalyptic Surf Punk bands.

Mike is currently playing with the Rochester NY based "East End Drifters", a talented ensemble of veteran players from the region laying down soulful renditions of everything from Chicago Blues all the way up to ambitious covers of Steely Dan. The list of bands with whom Mike has performed include: The Regi Hendrix Band , The Drifters, Canival Cruise Lines, The Wild Geese, Buster and his Merry Band Of Thieves, Roosevelt Dean and the Spellbinders, The Rob Buck Band (of 10,000 maniacs), Exhibit A, Arpad and The New Sons of the Industrial Revolution, Bohemian Fringe And Many Others with CD or Vinyl releases from several of them, no longer in print.

Mike also is an accomplished engraver, and has recently been engraving limited edition drums for the TRICK drum company as well as a select few smaller boutique drum makers.
-