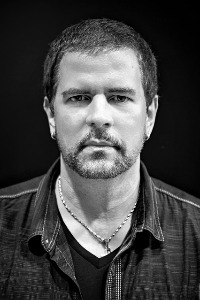 GS007 Throw Offs
“I use the Trick GS007 Throw-offs for most of my custom builds. Especially for prototyping and R&D. It solves the mechanics of the throw-offs with genius design and flexibility”

TP1 Drum Polish
TP13 Polish Cloths
"The TP1 Trick Drum Polish is my secret weapon! I use it for restoration of my vintage inventory and for upkeep of the current gear. It’s amazing on the lacquer and the plated metal. Also, it leaves a protective coating on the finish, this stuff is priceless!!"

Russ Miller is internationally known as one of the top drummers of today. A Multi-Platinum recording artist, he has played on multiple Grammy® award winning recordings with combined sales of over 26 million copies.

As a star of the Los Angeles studio scene, the Modern Drummer Magazine Readers Poll has repeatedly voted Russ in the top 5 Studio Drummers in the world. He has performed on more than 400 albums (including many #1 Billboard hits like Nelly Furtado's "Whoa Nelly" and Hilary Duff's "Metamorphosis"). Russ has also recorded for countless T.V. shows and over 60 international movies (such as #1 box office titles, “Chicken Little", "Fracture", "Storks", "Resident Evil Apocalypse", "Percy Jackson" and the "Boondock Saints" series of movies, just to name a few). Along with his sideman recording credits, he’s been a staple on T.V. house bands, such as the hit T.V. show, American Idol. Russ also has four critically acclaimed solo albums, Cymbalism, Arrival, the Arrival Live concert DVD/CD and his latest "Chegada3" with the Arrival Trio.